Roundtable with PA Sen. Pat Toomey
PACB was an integral part of the June 28, 2021 joint event with the PBA for a roundtable with PA Sen. Pat Toomey, in Hershey, PA.
Discussions centered on ILC's, the Durbin Amendment for credit cards, and the proposed bank account reporting from the Biden administration, along with the current economic condition of the Commonwealth and the nation. #PACB
Legislative Reception, Thursday June  24, 2021
PACB's Board of Directors, staff and other invited guests had the opportunity to mix-and-mingle with several state legislators at an event hosted recently by PACB at the King Mansion, on Front Street in Harrisburg. In addition to those pictured, also in attendance were Senator Scott Hutchinson and Judge Drew Compton of the Commonwealth Court. 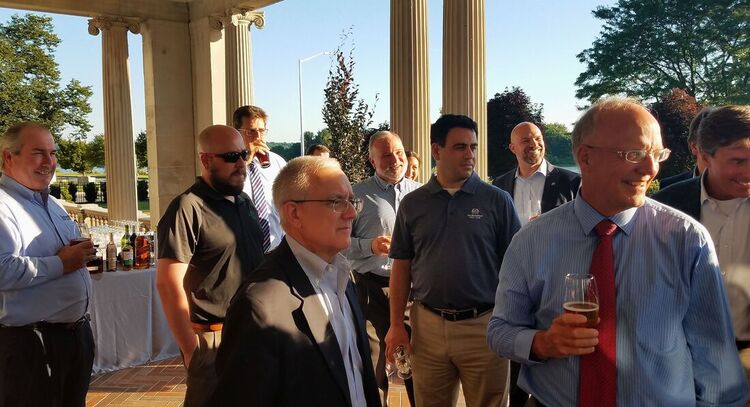 PACB extends its thanks to its Board Members, guests and state legislators who attended our evening reception!