Tanner, McMullen and Risser to be Honored at Upcoming INSPIRE Awards Event
The recognitions will come as part of the Association’s INSPIRE Awards Recognition Dinner, held at The Hershey Lodge and Convention Center beginning at 5:30 PM on Monday evening, July 19. The event will feature as keynote speaker Jim Mathis, PCS, CSP, MDIV, on "Five Levels of Leadership," and will be hosted by Soni Dimond, GOOD DAY PA Segment Host, Producer/ Reporter with WHTM ABC27 in Harrisburg.

Judi's association with banking started in her infancy, when her grandfather opened a savings account for her when she was only a few weeks old. She retired in April, 2020 after 38 years of service to her childhood bank.

The bank, First Federal Savings and Loan Association of Greene County, was the same place where Judi began her career in banking a couple decades later, eventually becoming the Association’s President and CEO in 2012.

Born and raised in Greene County, Judi attended the West Greene School District, and graduated from West Virginia University in 1982 with an accounting degree.

Shortly after college graduation, she applied for a position at First Federal’s Waynesburg main office. She worked as a secretary in the mortgage department, became the Education Loan Coordinator, and began working in bookkeeping and internal auditing.

In the early 1990s, Judi was appointed a corporate officer. She worked in accounting and became the Chief Financial Officer, then was named President/CEO and a Director in 2012.

Her tenure as President/CEO saw continued growth and expansion for First Federal – the opening of a new office in Mt. Morris, the introduction of a mobile app, and the construction of an addition to the main office in Waynesburg that paid tribute to the town holiday of Rain Day.

Judi retired on April 3, 2020 and although her full-time employment with First Federal is over, she continues to serve on its Board of Directors.

Since retiring, Judi and her husband – Terry, a retired high school teacher – have been taking more motorcycle rides, visiting their extended family, and just enjoying life in the home they built on part of the family farm she grew up on outside Waynesburg. They are also looking forward to traveling more.

LINKBANK’s Linda McMullen
Linda helped thousands of customers and businesses by providing accurate and timely loan documentation. Her impact far exceeds helping the banks build their balance sheets and hit loan growth goals, but being a critical part of the financial service in the communities she served.

Over the years, she’s led, managed, and oversaw various areas including loan documentation, Community Reinvestment Act (CRA) and Home Mortgage Disclosure Act (HMDA) compliance, and other aspects of loan documentations and letters of credit. In addition, Linda served as a mentor, coach, and teacher for many employees. She was always willing to give her time to train others and made sure they understood the entire documentation process. Because of her genuine care for people, those under her tutelage grew not only technically in their professional skill-set but also grew and matured in character as individuals.

Tiffanie Horton, Chief Credit Officer, describes Linda this way, “She never asked others to do something she was not willing to do herself. She lives and works with integrity. Linda’s work ethic is unmatched, she was always up before the sun and often times in the office before the sun.  She worked extremely hard and always with a smile and positive attitude. Because of her work ethic and kind nature she earned the respect and admiration of 100s of employees throughout her 40+ year career. In addition to banking, she was active in her community especially with women’s projects at her church.”

Linda lives and works with integrity. If Linda says she will do something she will do it as promised, on time, usually prior to the deadline, and always to the best of her ability.  When asked for some of the traits that describes Linda, you hear words like, dedicated, dependable, hardworking, and organized.

“Linda is a true gem and treasure in banking, and we’re proud to have been part of her journey,” noted Ray Chung, LINKBANK’s Chief Culture Officer.

Bonnie is well-respected in the Martinsburg community and became the “go-to” person in “the Cove” for mortgage and loan related questions.

​Bonnie is not an individual who seeks to be the center of attention, but she is always serving and willing to help others. Bonnie built a culture of teamwork and unparalleled service to clients, and under her leadership the Martinsburg branch grew to establish Altoona First as the largest deposit holder in the market. Bonnie and her husband Stanley have two children and five grandchildren. 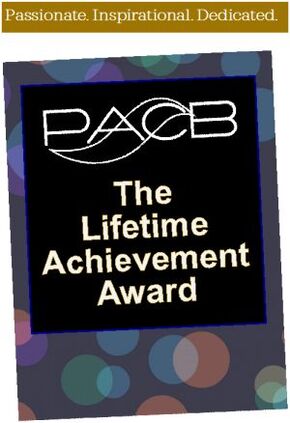