The only constants in life are death and taxes, a phrase often attributed to Ben Franklin, fails to include a constant in Pennsylvania.  This constant is every year in June, the legislature gathers to pass a budget and every year, a host of issues are adopted at a fervent pace in order to pass the time as the legislature and governor negotiate the budget.

For many, June is the “crazy season” which means you scramble to pass legislation why keeping a wary eye out for anything which might harm your interests.  Community Banks are no different in this regard.

What makes this June different is how PACB is in a unique position to capitalize on several issues which will benefit the industry because of our strong start to 2021.  Since the start of the year, we have worked with our legislative allies to secure passage of issues ranging from protecting the Bank Fund to reducing the regulatory burden on Community Banks and their customers.
In particular, our efforts to protect the Banking Fund has resulted in both chambers passing a version of our bill and.  This means we are now on the precipice of enacting protections we have sought for the fund over the past 12 months as either the House or Senate bill is enacted into law.

Another priority issue, as adopted by PACB’s Legislative Committee, is passage of safe harbor laws for cannabis banking at both the state and federal level.  On this issue, while Congress remains deadlock over partisan differences, we have seen great progress at the state level.
In the span of a few months, we have gone from talking about this issue with lawmakers as a theoretical proposal to working with legislative leadership in the House and lawmakers in the Senate to move legislation.  This includes including a state safe harbor proposal, such as those adopted in a growing number of states, as part of the budget process.  While a state safe harbor law is not a legal guarantee it is will extend the maximum legal protection as we continue to await federal action on the issue.

This being said, the chaos and fast changing nature of the budget season means no issue is guaranteed.  However, because of you, our members, and my colleagues here at PACB, we are positioned for success to accomplish several of our priority issues.
March, 2021
The Importance of Connections in Advocacy
Jordan Grant – Director of Government Relations

In this world few things are as constant as change, a fact which is especially true in the halls of government.  As President Biden continues the transition process the changing in Washington D.C. could not be more evident in the shifting attitudes at the Office of the Comptroller of the Currency (OCC) and the Consumer Protection Financial Bureau (CPFB).

This shift in attitudes of regulatory agencies at the federal level are summed up by the comments made by Acting Director Dave Uejio who made it clear the bureau would step up enforcement efforts in contrast to the prior administration’s policies This attitude was reiterated by President Biden’s nominee to lead the bureau, Rohit Chopra during his confirmation hearing in the Senate.

Additionally, the President’s expected nominee for the post, Mehrsa Baradran, is seen as the most progressive candidate and would be tasked with changing the agency from being seen as friendly with the banking industry. The expectation, if nominated, would be for Baradran to accomplish this task by making OCC tougher on regulatory enforcement similar to the FDIC or the Federal Reserve.

This change in attitude is mirrored in Congress, where Representative Jim Clyburn who chairs the Select Committee on COVID-19 sent a letter to the Treasury Secretary Janet Yellen and the Acting Administrator of the SBA. The letter asks for the agencies to review implementation of PPP for discriminatory lending practices.  As Representative Clyburn is the third ranking member of the House of Representatives and is seen as widely responsible for President Biden winning the Democratic Nomination last year so it is expected his request will be honored.

These changes highlight the importance for community bankers to begin connecting with their elected officials and communicate the important role their banks play in their community. The community banking story, particularly during the pandemic, is a powerful one as community banks were responsible for a plurality of loans issued under the PPP program including minority owned businesses who could not get their loan processed by a larger bank.

As the industry can expect tougher enforcement and pressure from the federal government over the next several years it is crucial for us to step up our advocacy efforts on behalf of the industry.  The first step in this process is to join PACB’s participation in the Virtual Capital Summit held by ICBA on April 27th.  From 10-3:00pm we will arrange for community bankers from around Pennsylvania to meet with their congressional delegation to tell the community banking story and to advocate on behalf of the industry.
​​ 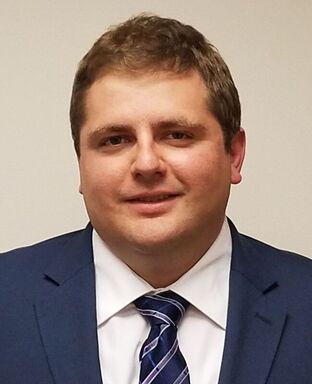 ​For Community Bankers interested in advocating on behalf of their bank and their employees,
​I encourage you to reach out to me at Jordan@pacb.org for more information. ​