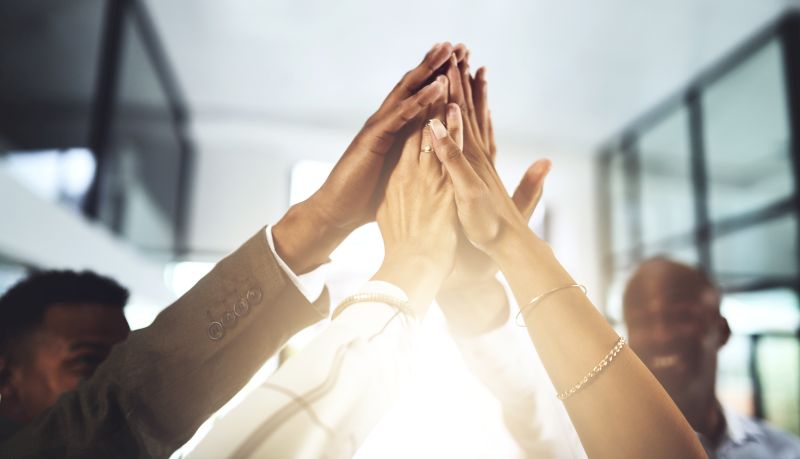 Recognition Dinner and Awards Presentations – Monday, July 19
Hosted at The Hershey Lodge & Convention Center in Hershey, PA
The PACB INSPIRE Awards are designed to recognize the incredible and varied ways that community banks breathe life into the neighborhoods they serve. Award winners are determined to be those organizations which INSPIRE others in the community to undertake a leadership role in making their local communities a better place.

PACB is proud of the powerful role that our community bankers play to support local businesses, schools, charitable groups and houses of worship. Our community bankers work hard every day to help their local entrepreneurs and community leaders build vibrant communities where families want to live, work and play.

Applications Were Due in by June 16, and Have Been Sent to our Three-Judge Panel!
Your institution’s program is eligible for PACB’s INSPIRE Awards recognition, in one of the categories below:
• Community Support and Engagement
• Diversity, Equity, and Inclusion
• Paycheck Protection Program Involvement
• Game Changer: A technology or service deployed in 2020 to specifically address a pressing community or customer need

Monday, July 19:
5:30 pm – Celebration Reception
6:00 pm – Keynote Speaker, Jim Mathis, PCS, CSP, MDIV — "Five Levels of Leadership"
6:45 pm  – Inspire Awards Gala and Recognition Dinner
Dress to impress and join your community banking colleagues for PACB’s 2020 INSPIRE AWARDS. These awards will be provided in three categories and represent the amazing work of community banks in the Commonwealth.  Award categories are: Be certain that your bank has submitted an award application for consideration.  PACB is excited to recognize our members and looks forward to highlighting all of the recipients with the industry, the media and the public.
7:30 pm – PACB Recognizes Pennsylvania Banking and Securities Secretary Richard Vague
Secretary Vague earned the respect, trust, and admiration of Pennsylvania’s community bankers and financial consumers for his strong leadership guiding the industry through the Covid-19 pandemic.  Secretary Vague is to be credited for his invaluable assistance during the early days of the pandemic for his interventions to ensure banks and financial institutions remained open to ensure consumers and businesses had access to their funds and the banking system.  For months following the initial mitigation closure orders, Secretary Vague and his team participated weekly during banking industry peer exchanges, where he regularly shared the concerns of bankers with the highest levels of state government. Many bankers across Pennsylvania gained great appreciation for Secretary Vague’s leadership during the pandemic and very much appreciated the fair, consistent application of the laws and regulations across the industry. Additionally, Secretary Vague and his team worked closely with bankers and the professional staff of the various industry trade associations on compromise legislation to protect
he state banking fund. That legislation now is awaiting action by Gov. Tom Wolf.

​7:45 pm – Inspire Awards Presentation
​Master of Ceremonies:
Soni Dimond, GOOD DAY PA Segment Host, Producer/ Reporter - WHTM ABC27
Soni Dimond is well-known as Host of the new Vibrant Living segment series, featured regularly on
ABC27’s Good Day PA, the mid-state’s only daily lifestyle show. Throughout her career, Soni has been
recognized as a proven professional in executive presentation training, public relations and corporate
communication. She has served as an independent publicist, national speaker and media trainer. As a
freelance public relations authority, she has offered an exceptional, multi-platform approach to publicity, combining the strengths of both traditional and digital media relations. Soni’s clients have enjoyed a higher level of confidence and polished presentation power, through courses designed to engage a variety of audiences. Soni offers her suite of media training services to select business leaders and individuals who rely on her brand-building skills, her professional guidance and her decades of experience. Soni’s reputation is generated from her history of achievements as an award-winning business owner at Soni Dimond Media/SDM combined with her career as Vice President of Corporate Communications at Beasley Media Group, FL.

Soni’s job history spans three decades of media relations. She began working while attending Gettysburg College, starting her career path as one of the first female television news anchors at WHTM, the ABC affiliate in Harrisburg, Pennsylvania. Her initial TV career included an internship at NBC Owned and Operated WCAU-TV, Philadelphia, before she was drafted by NBC affiliate WGAL as Morning Anchor, Talk Show Host and General Assignment TV News Reporter in Lancaster, PA. Soni’s resume includes her first management position, as Manager of Media Relations for the Pennsylvania Chamber of Business and Industry, the largest business organization in PA.

Additionally, Soni served as a media trainer at Commonwealth Media Services, where she coached top government officials in their speech rehearsals. Soni's career extended from Pennsylvania state-wide positions to national public affairs jobs in Washington, D.C. Soni has earned significant awards, including “Best 50 Women in Business” in Pennsylvania. As a former member of National Speakers Association, Soni has authored two books, in her Life's A Pitch!® series. Her books have been used as guides to image-building with the priceless rewards of positive public perception.